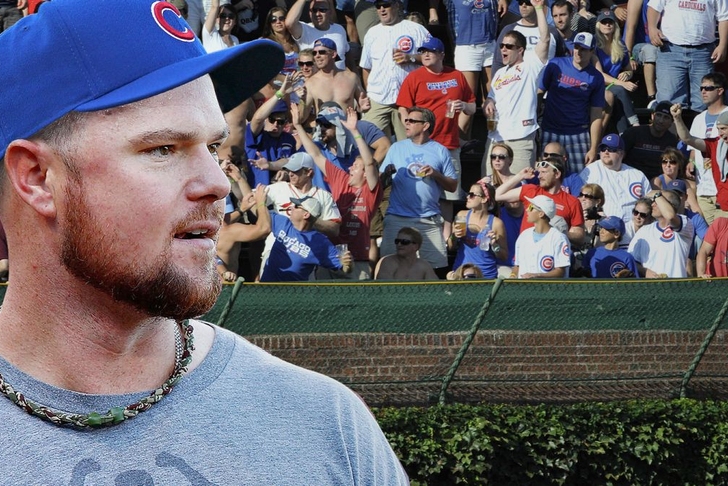 The media has had a field day with Chicago Cubs ace Jon Lester's purported issues with throwing to first base, but Cubs manager Joe Maddon isn't sweating it. In fact, he seems to believe that Lester's troubles are being blown out of proportion.

“I think it’s being a little overplayed right now, quite frankly,” manager Joe Maddon said recently to Nick Cafardo of the Boston Globe. “It’s something that will get better. His work is very diligent, and I’d much prefer he worries more about getting his fastball where he wants and his cutter where he wants and all the normal pitching things. I’d prefer that would be his priority over the other thing. I don’t want to make this an issue, because it’s not for me at all.”

Lester hasn't thrown to first base since April 30 of the 2013 season, leading some to believe that the Cubs starter has come down with a case of the "yips."

“I always included in my reports about the throwing, but our team chose not to do anything about it,” one American League advance scout told Cafardo.

Whether the problem is as big as people are making it out to be or not, manager Joe Maddon is at least putting on a good public face about it all.