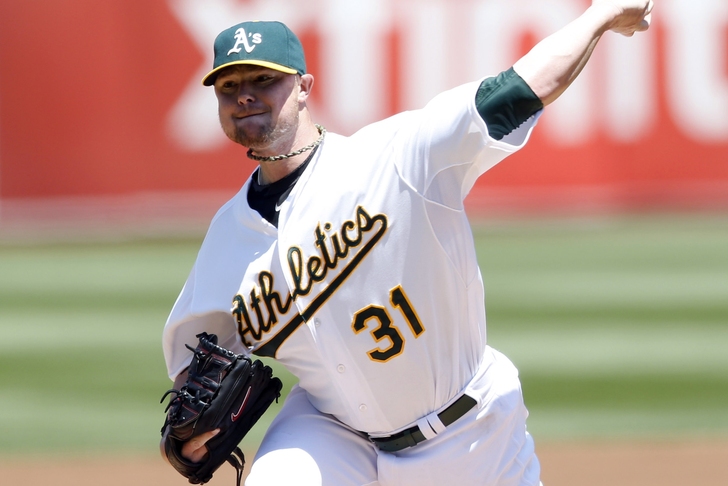 The Chicago Cubs will formally introduce Jon Lester as the newest member of the team on Monday, after signing him to a six-year, $155 million deal last Tuesday.

According to Carrie Muskat of MLB.com, Lester picked the brains of the returning Jason Hammel and Jeff Samardzija about the decision. The trio spent just over two months together as members of the Oakland Athletics.

“I think the Theo-Jon bromance was going to happen anyways,” Hammel said of Lester's relationship with Theo Epstein, via Muskat's article on Saturday. “But [Lester] was definitely interested, and he was picking our brains all the time.”

To Hammel, the Lester signing represents a major philosophical statement for the franchise going forward.