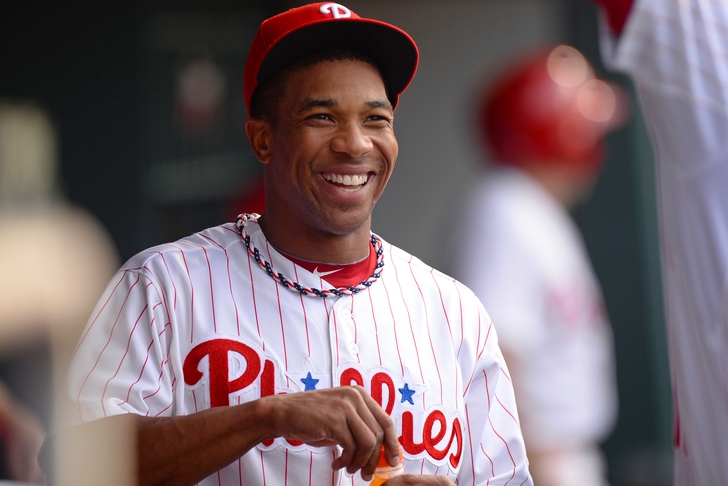 The Chicago Cubs may have a potential trade partner in the Philadelphia Phillies if they decided to move either LHP Travis Wood or catcher Welington Castillo (or both).

According to Gordon Wittenmyer of the Chicago Sun Times, Chicago Cubs general manager Jed Hoyer “wouldn’t disclose any of the specific players the Cubs are looking to acquire or trade. But sources during the week said the Phillies are one of several teams that have asked about left-hander Travis Wood and could be a match for catcher Welington Castillo. The Cubs like lefty-hitting Phils outfielder Ben Revere.”

Wood, 27, finished with an 8-13 record last season, posting a 5.03 ERA in 31 starts for the Cubs. However, the Phillies could see possible value in Wood as he is just one year removed from an appearance in the 2013 All-Star Game and maintained a K/BB ratio near 2 in 2014.

In Castillo's case, the Phillies could either target him to work with Carlos Ruiz or trade Ruiz later on in the offseason.

This all may hinge on whether or not the Phillies are willing to part with 26-year-old outfielder Ben Revere after he led the NL in hits in 2014 with 184 and posted a .306/.325/.361 slash line in 626 plate appearances. While Revere rarely walks (13 last season), he also makes contact almost religiously after striking out only 49 times.