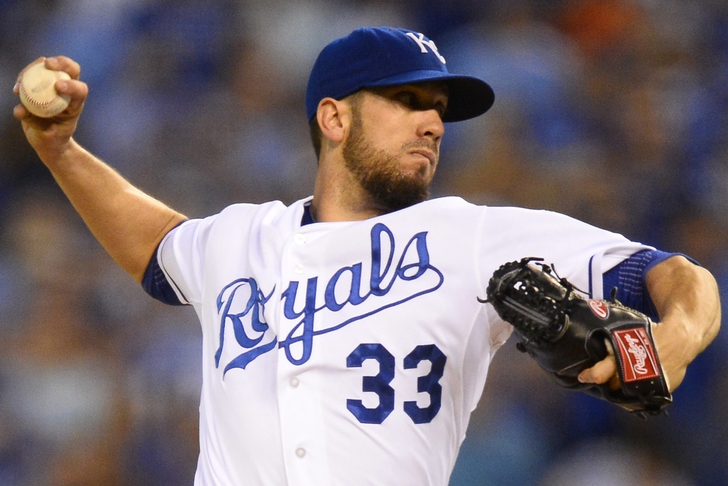 The Chicago Cubs might not be done retooling the front of their starting rotation in advance of the 2015 MLB season, with veteran free-agent righty James Shields drawing interest from Theo Epstein and the crew at Wrigley Field.

It hasn’t been easy to determine Shields’s market. Jon Lester’s negotiations were so public, yet Shields’s have been private. Still, the teams who have had discussions or shown interest, according to a major league source, are the Red Sox, Cubs, Angels, Dodgers, Rangers, Blue Jays, and Giants. The Giants have veered off a bit after signing Jake Peavy but remain open-minded. The Cubs obviously have the Joe Maddon respect factor with Shields from their days together in Tampa Bay.

The Cubs' aggressive tack this offseason has already paid major dividends, so don't be surprised if Maddon's ties to Shields end up landing Chicago another frontline starter to pair alongside Jon Lester in 2015.