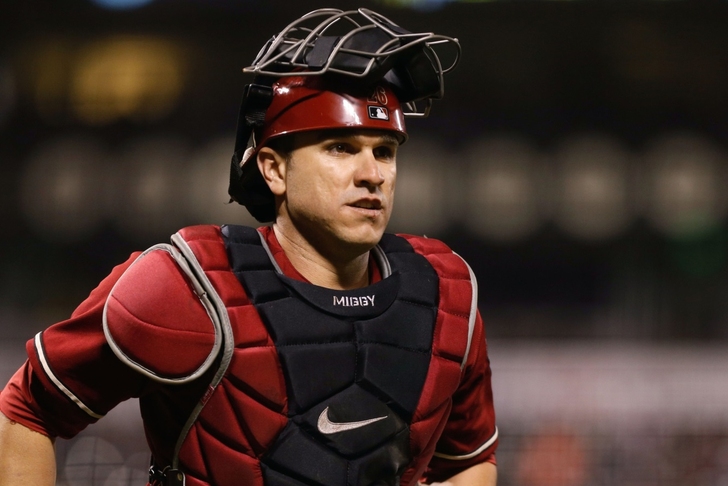 The Chicago Cubs' search for a starting catcher appears to have turned its attention to the Valley of the Sun and Arizona Diamondbacks backstop Miguel Montero.

According to Jon Morosi of FOX Sports, the Cubs and Diamondbacks are currently engaged in trade talks at the 2014 Major League Baseball winter meetings:

Trade discussions have been ongoing for weeks now, but per FOX Sports' Ken Rosenthal, things appear to be heating up:

Sources: #Cubs, #DBacks expected to talk about Montero again tonight. Teams have been engaged for weeks. Deal appears to be getting closer. — Ken Rosenthal (@Ken_Rosenthal) December 9, 2014

The Cubs lost out on free-agent catcher Russell Martin when he signed a multi-year contract with the Toronto Blue Jays. Montero, along with the Houston Astros' Jason Castro, have been discussed as potential Plan B's ever since.

Follow our Chicago Cubs team page for all the latest Cubs rumors for the Major League Baseball winter meetings.