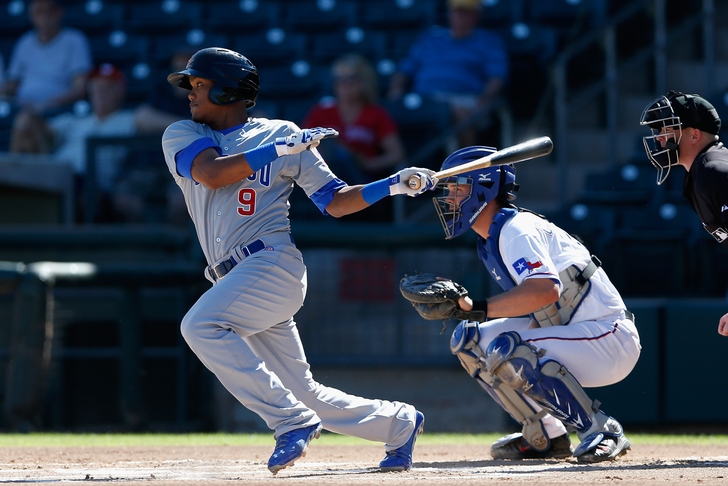 Top Chicago Cubs shortstop prospect Addison Russell has been called up to The Show, per sources cited by the folks over at CBS Sports.

Russell is the latest marquee name in a youth movement currently being spearheaded by uber-prospect Kris Bryant at the MLB level.

As CBS Sports' Jon Heyman points out, "Russell can play second base as well as shortstop, so second could be a spot for him in the short term. The Cubs have struggled at second, with Arismendy Alcantara batting .077 and Jonathan Herrera .192 so far. Tommy LaStella is on the disabled list, and another big prospect, Javier Baez, is in the minors. The Cubs have All-Star Starlin Castro at shortstop."

Russell, 21, is now one of the youngest players in all of Major League Baseball. However, after an impressive spring training and a solid start at Triple-A Iowa (.314, 1 HR, 7 RBIs), youth could easily be served as he makes the jump to the big club.