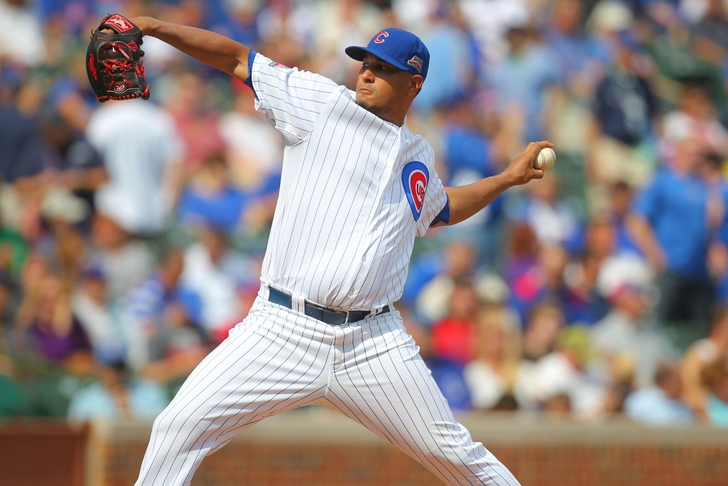 The Chicago Cubs have avoided arbitration with lefty Felix Doubront, per a report by CBS Sports' Jon Heyman.

Doubront and the Cubs settled on a $1.925 million salary for 2015, which represents a nice pay lift over the $1.2-1.4 million that Doubront was projected to make after arbitration.

The 27-year-old was traded to Chicago last summer following a less-than-stellar end to his time with the Boston Red Sox. He was productive in the four starts that he made with the Cubs in 2014, but is currently projected to work out of bullpen come Opening Day of the 2015 MLB season.

Doubront has posted a 4.78 ERA in 438 career innings in the majors, and has often struggled to throw strikes consistently. While his move to the bullpen may be seen as a demotion of sorts, he's generally been more effective out of the pen than he has as a starter throughout his career.