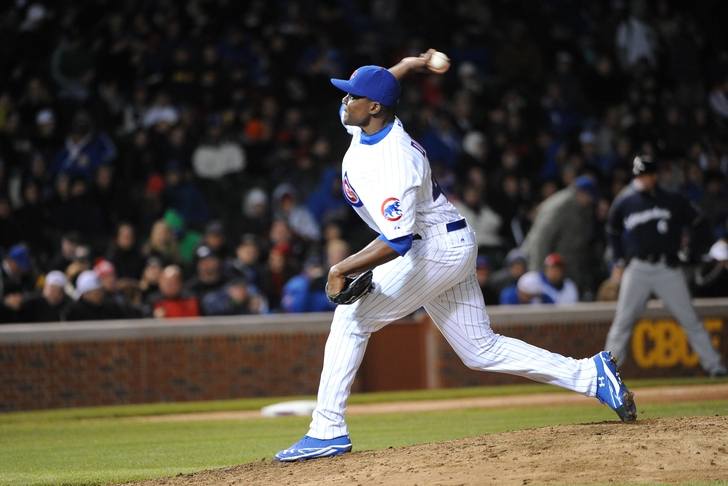 In today's Cubs rumors and news update, the Chicago Cubs and president Theo Epstein are surveying every possible option when it comes to trading away MLB-ready talent to secure their fortunes in the future.

One name who could find himself in trade rumors the next two weeks is starting pitcher Edwin Jackson - that is if the Cubs can find someone to take on the last two-plus years of his four-year, $52 million contract.

Per Mario Salamanca of iSportsWeb, "trading Jackson will prove to be tough, but would be a great step moving forward for the Cubs. It would allow the Cubs to rid themselves of a contract that has not worked out and hopefully take some of his money off of the books for the future. Jackson alone may not yield the Cubs any great prospects, but if he were thrown into a deal with other players such as Nate Schierholtz, the return may be a little better."

Jackson has gone just 13-28 with a 5.23 ERA since coming to the Cubs, decreasing his value as a trade asset significantly. However, if the Cubs can convince a contender to part with a mid to low-level prospect or two by selling Jackson's previous reputation, they could jump on the chance of offloading his contract.