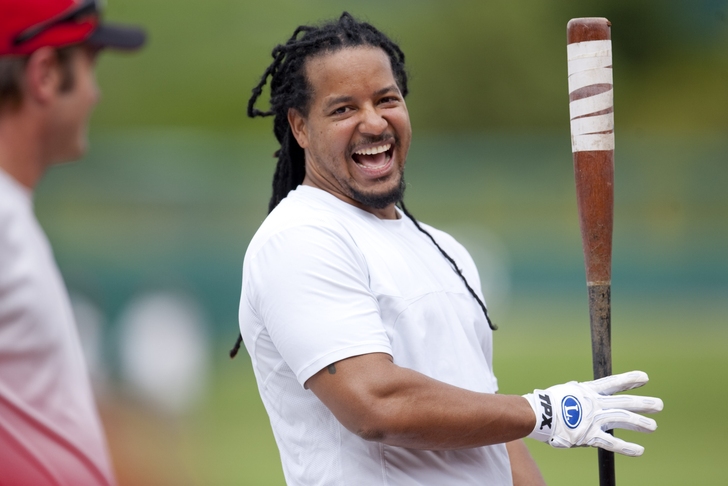 In Cubs news tonight, the signing of Manny Ramirez as a player-coach at the Chicago Cubs' Triple-A affiliate in Iowa got people talking all across the nation.

However, it's now up to Ramirez to put the talk aside and take care of the future of the Chicago Cubs organization.

Per Bill Center of MLB.com, "shortstop Javier Baez, 21, second baseman Arismendy Alcantara, 22, and third baseman Christian Villanueva, 22, are some of the charges Ramirez, who was hired by the Cubs Sunday morning to be a player coach for the Cubs' Iowa affiliate, will be asked to mold as a hitting coach."

Chicago Cubs general manager Theo Epstein believes that hiring Ramirez is a win-win proposition for the organization no matter how you look at it:

"Manny's going to be around some of our top hitting prospects," Epstein said to a gathering of Cubs beat writers on Sunday. "It's relatively low risk for us. It's something that if it doesn't go well, we can terminate. I think it will go well. It's important."

Your Cubs news whenever and wherever you want it. Download our new Chat Sports iPhone app and follow our Cubs team page today.