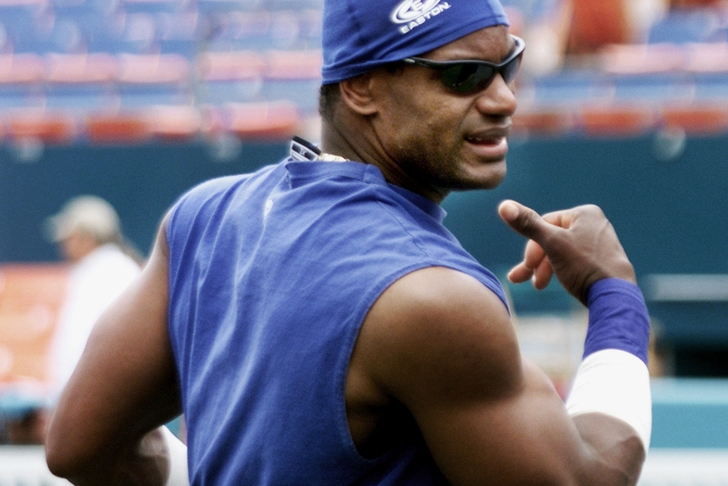 In Cubs news tonight, the Chicago Cubs' embrace of Manny Ramirez despite his past history with PEDs has some people wondering if the organization will extend the same olive branch to former beloved slugger Sammy Sosa.

However, per Patrick Mooney of CSNChicago.com, "Ramirez has a personal connection to Theo Epstein after two World Series celebrations with the Boston Red Sox. Sosa doesn’t have that kind of history with the Ricketts family or Epstein’s front office and got snubbed when the Cubs celebrated their Wrigley Field centennial last month."

Epstein paints it a different way, lauding Ramirez's willingness to admit his past mistakes - something that Sosa has decided not to do so far -

“I don’t know where things stand with Sammy right now. But I do know that it was important to us that Manny has been very upfront about admitting his mistakes, that Manny was very cooperative with Major League Baseball, and that Manny is interested in making sure younger players don’t make the same mistakes that he made.”

Regardless of whether or not the deal with Ramirez at Triple-A Iowa works out, don't count on Sammy Sosa being back with the organization any time soon.

Your Cubs news whenever and wherever you want it. Download our new Chat Sports iPhone app and follow our Cubs team page today.