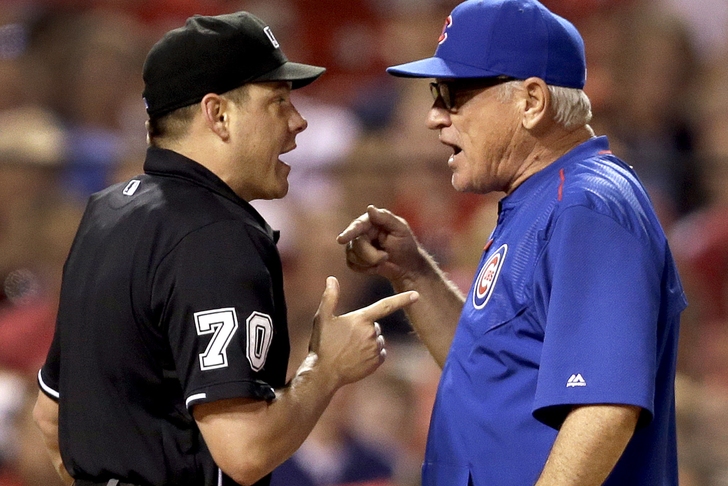 Major League Baseball is currently "reviewing the situation" in regards to the comments that Chicago Cubs manager Joe Maddon directed towards home plate umpire DJ Reyburn on Wednesday, per an ESPN report.

Maddon was ejected from Wednesday's game against the Cardinals in the sixth inning for arguing balls and strikes with Reyburn. Maddon, who was ejected for the second time this season, was not happy about calls during Kris Bryant's and Jorge Soler's at-bats in the fifth inning. Both players struck out looking.

Maddon then said something during Starlin Castro's at-bat leading off the sixth inning,which led to Maddon being tossed from the game.

"I had enough," Maddon said, per MLB.com. "I had enough, had enough. It was the whole game. It was egregiously bad. You cannot permit that to happen. We're trying to ascend, and we're not going to take that from anybody, anywhere at any time.

While it's unclear as of yet whether Major League Baseball will hand down a punishment or not, Maddon got his money's worth both on the field and with his postgame comments.