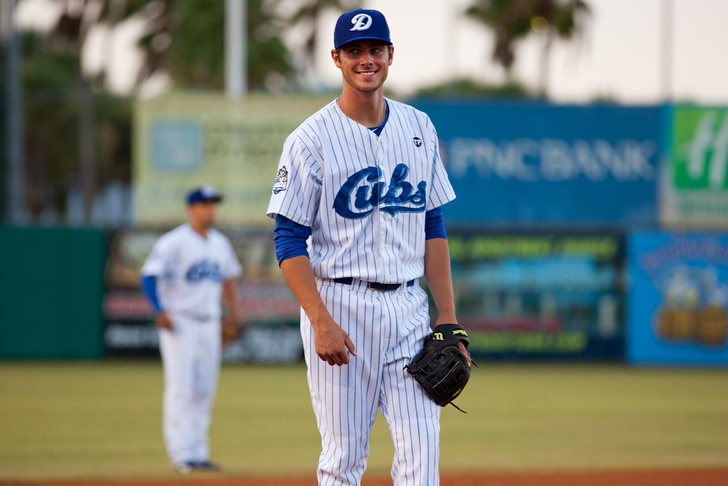 The Chicago Cubs have turned their fortunes around on the big-league level with a huge offseason in free agency, and their farm system isn't half bad either.

Bryant, 23, led all of professional baseball in home runs last year with 43, and slashed an eye-popping .325/.438/.661 between Double and Triple-A in 2014. He will undoubtedly find himself in a Cubs uniform sometime in 2015, bringing with him an impact bat that will strengthen the lineup that much more.

Law isn't just enamored with what Bryant brings to the table. It's the Cubs' entire cache of top-tier hitting prospects that has caught his eye:

“The hype around their system is justified by the talent in it, with the strongest collection of top-shelf hitting prospects I can remember since I started working in baseball. They have someone coming at just about every position other than catcher and first base, and most of them fare well both in traditional evaluation and in analysis of their performance to date.”