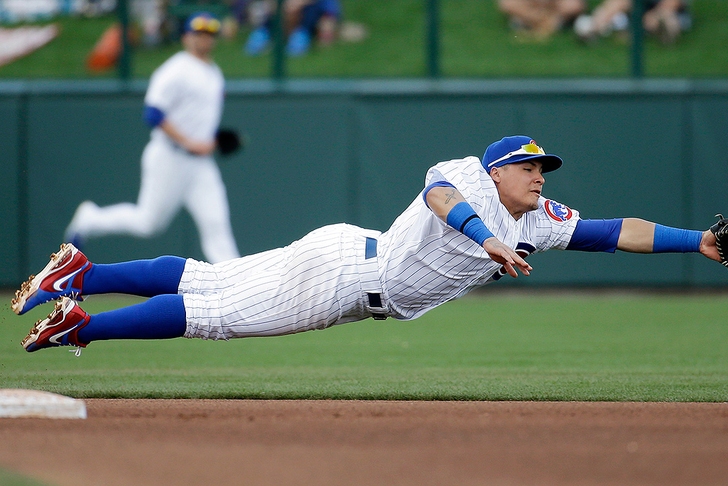 Chicago Cubs manager Joe Maddon is taking the tough love approach with young infielder Javier Baez, saying that Baez is "no lock" to make the team's Opening Day roster at this juncture.

“Of course, there’s a chance he doesn’t make the team,” Maddon said on Thursday, via Chris Cwik of Yahoo! Sports. “There’s no lock in regard to that. The entitlement program doesn’t exist — everything has to be earned.”

It would be a surprise for the talented Baez to be sent down, with most assuming that he is the team's projected starter at second base.

However, coupling his struggles last year with his .116 average (and seven strikeouts) in 26 at-bats this spring, Baez hasn't done enough yet to be guaranteed that role. At least, that's how Joe Maddon is playing it publicly -- likely in hopes of lighting a fire under Baez in Spring Training.