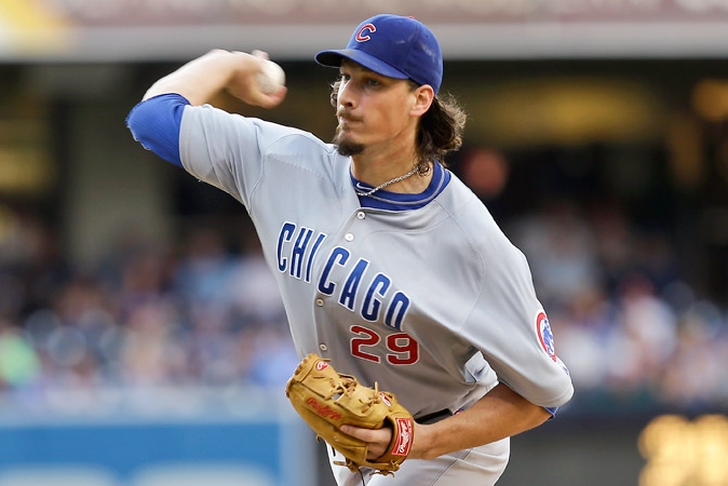 With numerous reports indicating that the Chicago Cubs are planning to shop starting pitcher Jeff Samardzija before July's MLB trade deadline, this next bit of news could come as a bit of a shock.

According to Jon Morosi of FOX Sports 1, the Cubs made a very generous attempt at locking their ace up long-term - an attempt which was reportedly rebuffed by Samardzija:

Per Morosi, several contenders are already sizing up the 29-year-old righty, giving the Cubs options after seeing their chances of holding on to Samardzija diminish greatly:

At this point, Chicago may be better served to survey their options over the next couple weeks - allowing the market for both Jeff Samardzija and fellow starting pitcher Jason Hammel to drive both of their values up in advance of July 31st.

Samardzija is currently not eligible for free agency until after the 2015 season and is making $5.3 million in his second year of arbitration.

Chicago Cubs fan? Here's some other team pages to follow: