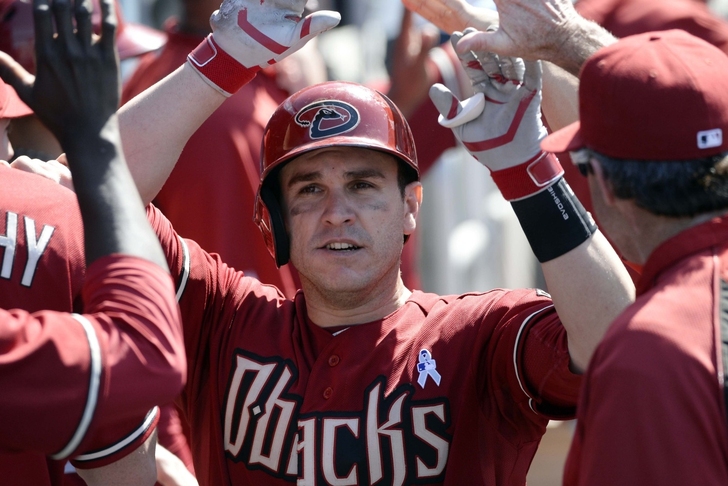 Veteran catcher Russell Martin surprised everyone on Monday, bypassing the reported front-runners - the Chicago Cubs and Los Angeles Dodgers - to sign a five-year, $82 million deal with the Toronto Blue Jays.

Now, with Martin spoken for, the Chicago Cubs are left to evaluate a possible plan Plan B via trade.

According to Mark Gonzales of the Chicago Tribune, "with Russell the clear standout in a very shallow pool of free-agent catchers, the Cubs could shift their pursuit to the trade market with Jason Castro of the Astros and Miguel Montero of the Diamondbacks as possibilities."

The oft-injured Castro, 27, is scheduled to make $3 million as a second-year arbitration-eligible player. He hit .276 with 18 home runs and a .350 on-base percentage in 2013 while capturing an All-Star Game selection, but saw his average dip to .222 in 2014 despite playing in a career-high 126 games.

Add in the fact that the Astros acquired Los Angeles Angels catcher Hank Conger last month, and Castro could very well be on the move.

Montero, 31, like Castro, bats left-handed but has three more years and $40 million left on his deal. The Diamondbacks are looking to add more starting pitching after trading for Jeremy Hellickson last week, so it's possible that the Cubs could provide an ideal trade partner with the wealth of pitching they have in each rung of the organization.