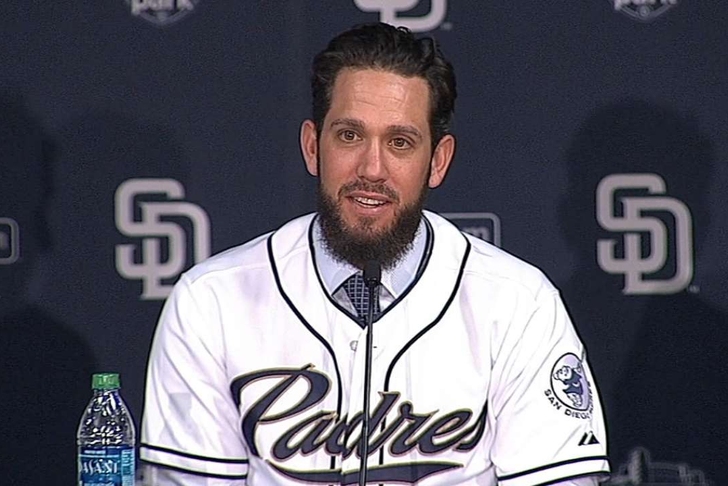 New San Diego Padres ace James Shields has been making the media rounds since his signing, revealing during a radio interview on Thursday that the Chicago Cubs were the other finalist for his services before inking a deal with San Diego.

When it came down to it, I had to think about my family, being close to home. And my No. 1 reason is winning. The teams I was looking at, I knew they were going to win and win now. That’s what I loved about San Diego and what ownership’s doing right now. They had that win-now mentality. They want not only to win now but win the next four, five years.

Shields is rumored to have received a three-year, $60 million offer from the Cubs before settling on his four-year, $75 million contract with the Padres - a deal that includes a fifth-year option valued at $16 million. His family lives just two hours or so away from Petco Park in San Diego.