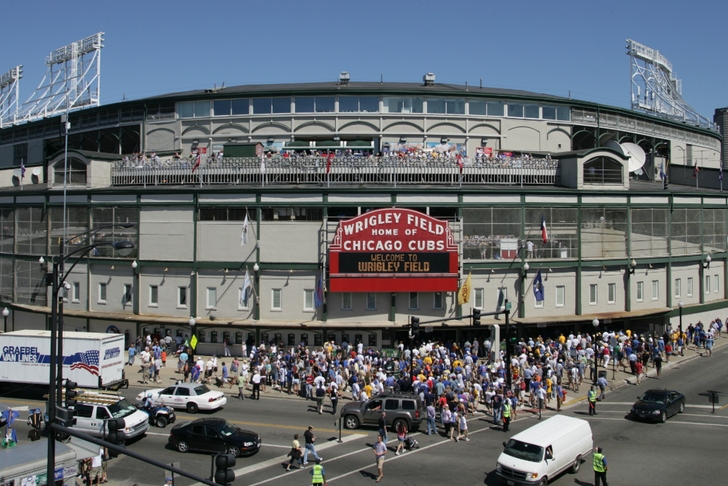 A fan was struck by a flying bat at Wrigley Field Monday night during a game between the Chicago Cubs and Pittsburgh Pirates. The fan was carried from the stands on a stretcher, with no other information on the fan's condition available as of this writing.

Chicago rookie Addison Russell, playing his first game at Wrigley Field, lost control of his bat on a swing as he led off the bottom of the seventh inning. The bat flew into the seats between the Cubs’ dugout on the third base side and the netting behind home plate.

Cubs owner Tom Ricketts was sitting about five rows below the fan, and asked a team trainer in the dugout for ice and a towel. Ricketts went over to assist the fan while paramedics were called.

Chat Sports will have more on this story as additional information is made available to the press.