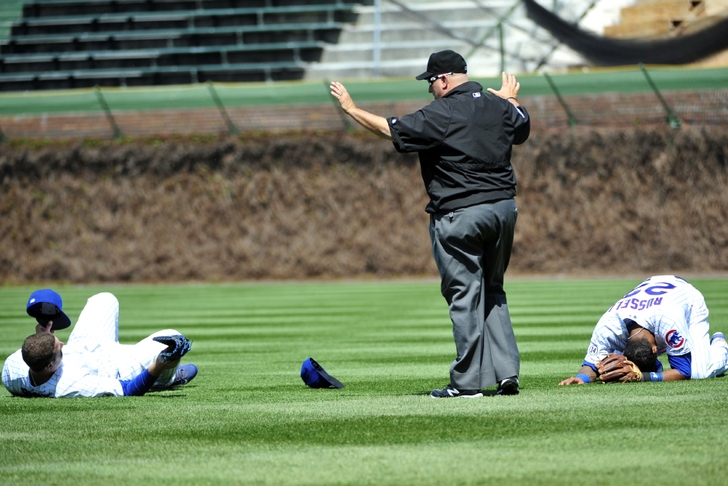 The Chicago Cubs lost to the Milwaukee Brewers 6-1 on Saturday afternoon, but they came away feeling like winners when Anthony Rizzo and Addison Russell came away injury free after their second inning collision.

With two outs in the top of the inning, Milwaukee’s Carlos Gomez hit a blooper into short-right field, where first baseman Anthony Rizzo and second baseman Addison Russell both charged after the ball. They collided as they lunged to make the play, and both stayed down long after the collision as Martin Maldonado scored for the Brewers.

Both managed to stay in the game, though they failed to produce anything at the plate.