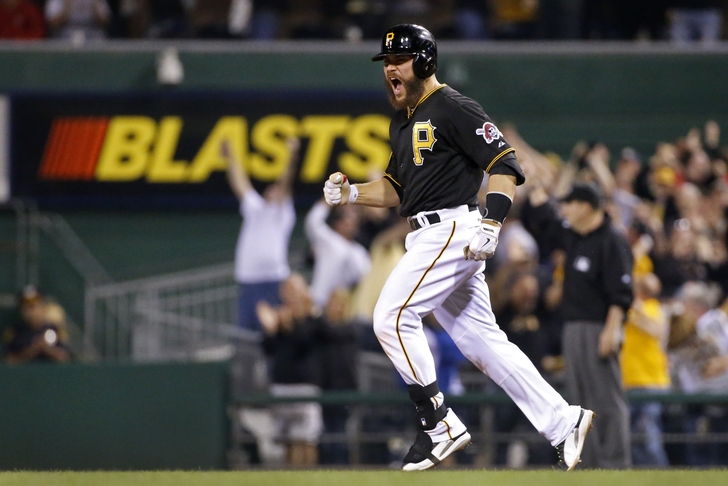 The Chicago Cubs appear to have separated from the field in the race to sign veteran free agent catcher Russell Martin.

Here's Ken Rosenthal of FOX Sports with the scoop:

Executives involved in bidding for Russell Martin believe #Cubs are clear front-runner. Deal expected to be in four-year, $64M range.

According to several reports, the Cubs have been battling the Toronto Blue Jays, Los Angeles Dodgers, and home-standing Pittsburgh Pirates for Martin's services.

However, president Theo Epstein's aggressive approach to the market this offseason looks to be paying off. The four-year deal reportedly on the table for Martin is likely worth more than either the Blue Jays or Pirates can or are willing to spend.

That leaves only the Los Angeles Dodgers. However, with new manager Joe Maddon on board and the wealth of young talent blossoming in the Cubs' organization, it appears that they've become the ideal fit for Martin at this stage of his career.