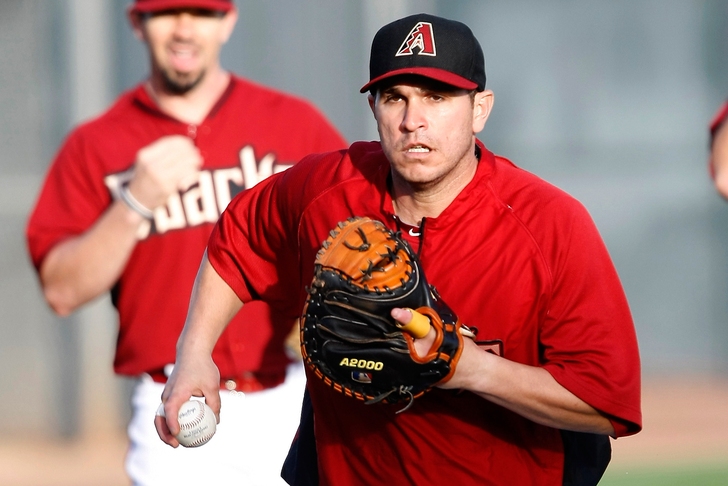 After veteran catcher Russell Martin signed a multi-year deal to head north of the border to Toronto, the Chicago Cubs have been shopping around for a potential Plan B to solve their catching conundrum.

It appears they may very well have settled on a potential option in Arizona Diamondbacks backstop Miguel Montero.

Here's Nick Piecoro of AZCentral Sports with the scoop:

The Diamondbacks continue to have dialogue with other clubs on a variety of players, including catcher Miguel Montero . . . Among the teams the Diamondbacks have spoken to about Montero are the Chicago Cubs, the Los Angeles Dodgers and the Chicago White Sox.

Piecoro notes that while talks on ongoing, they aren't exactly heated at the moment. That likely means that the Chicago Cubs are also surveying options such as Houston Astros catcher Jason Castro while looking at the current trade market.

The 31-year-old Montero posted a line of .243/.329/.370 while catching 131 games last year. Those numbers are off of his peak production, so its possible the Cubs could bank on a return to form in any potential trade scenario.