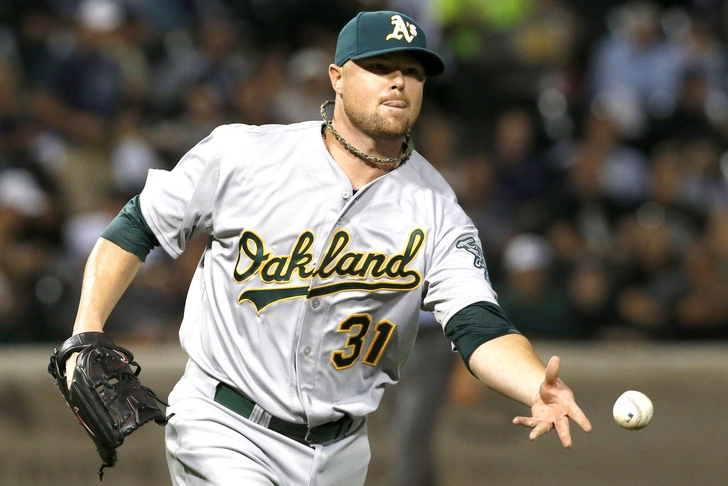 The Chicago Cubs appear to have plenty of company when it comes to their pursuit of free agent lefthander Jon Lester.

Per Ken Rosenthal of FOX Sports, "the known suitors — the Red Sox, Cubs and Braves — all have met with Lester. The Cardinals, Royals and Blue Jays reportedly are in the mix. And while the Yankees deny interest, the entire sport is bracing for them to snap to attention, as they always do."

With literally 20% of the teams in Major League Baseball possibly in on Lester, his chances of securing a six or seven-year deal in the nine-figure range are getting better and better by the minute.

After Lester turned down a four-year, $70 million deal from the Boston Red Sox earlier in the year, some even wondered if the free market this winter would provide equal value to that contract offer.

Now, it looks like the Cubs will have to pony up a massive amount of capital in order to secure one of the consensus best lefties in the game.