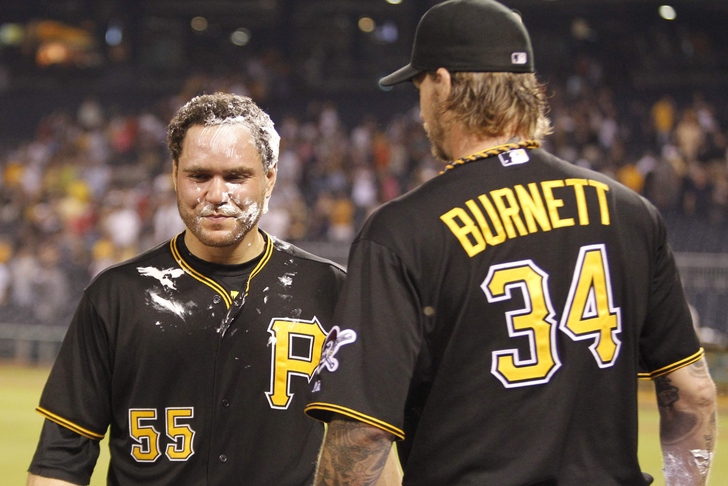 The Chicago Cubs are reportedly one of four teams currently in on veteran catcher and free agent Russell Martin in what is shaping up to be an explosive offseason of moves in Major League Baseball.

Per Jon Heyman of CBS Sports, "the Dodgers are looking into bringing back top free-agent catcher Russell Martin, league sources said, and they certainly have the spending power to become a formidable obstacle to the Cubs or incumbent Pirates."

"The [Toronto Blue] Jays are a fourth team reportedly in the mix for Martin," Heyman added.

Martin has a lot of leverage at the moment as the top catcher on the market, after posting a .402 on-base percentage and .290 batting average in 2014. He also threw out 39% of the baserunners who attempted to steal on him, making him a full-fledged value option for any team lucky enough to pick him up.

If the small market Pirates are unable to put together a deal to convince Martin to stay, a Cubs team looking to accelerate their rebuilding process may be a logical landing spot for a team - and situation - like Chicago.