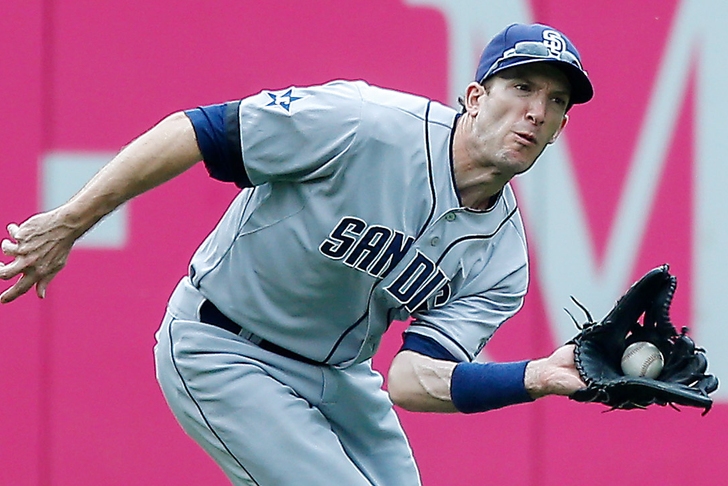 The Chicago Cubs announced the signing of outfield Chris Denorfia to a one-year contract on Friday, officially adding Denorfia's veteran bat to the roster.

Denorfia, 34, played with both the San Diego Padres and Seattle Mariners in 2014, posting a .230 batting average with three home runs and 21 RBIs in 330 at-bats. Having broken into the majors with the Cincinnati Reds in 2005, 2015 will mark Denorfia's 10th full season in the big leagues.

"He can play both corners and some center field in a pinch," general manager Jed Hoyer said of the deal, via ESPN.com. "Good in the clubhouse. For lack of a better term he's a gamer."

Denorfia's positional versatility is likely what led to the Cubs choosing him over another veteran outfielder, Jonny Gomes. While terms of the contract with Denorfia were not disclosed on Friday, ESPN reports a source as saying that he will make a total of $2.6 million with the team in 2015.