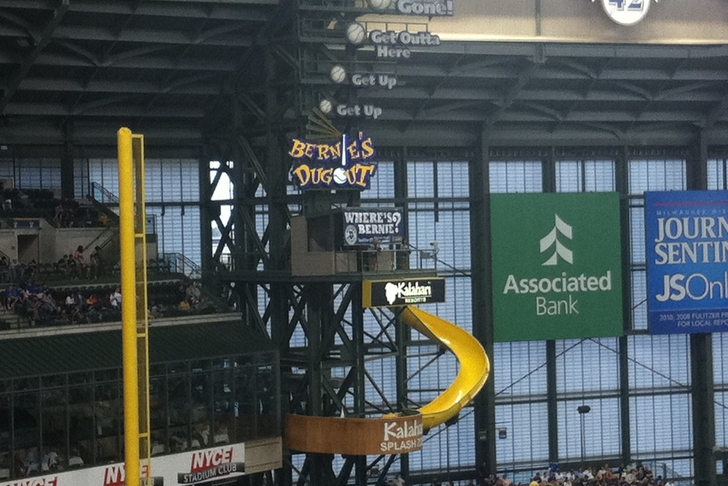 In today's Cubs news update, Chicago Cubs players John Baker and Justin Ruggiano were bestowed a great honor on Sunday - the option to take a ride down Bernie Brewer's slide.

Prior to fans entering Miller Park on Sunday, Baker and Ruggiano got a chance to relive their childhood memories on a grand scale.

"It was awesome," said Baker, via Carrie Muskat of MLB.com. "If I played here, I would do it every day. It would remind you that you had two things of being a little kid -- going down slides at the playground and then playing baseball afterword. It'd be crazy."

With that off of his list of things to do as a Major League Baseball player, John Baker knows exactly what he wants to do next - hit his first home run in the majors.

"I'm going to go deep eventually," he stated. "It has to happen."

Baker has gone 430 career at-bats without one, the longest active streak of its kind in baseball.