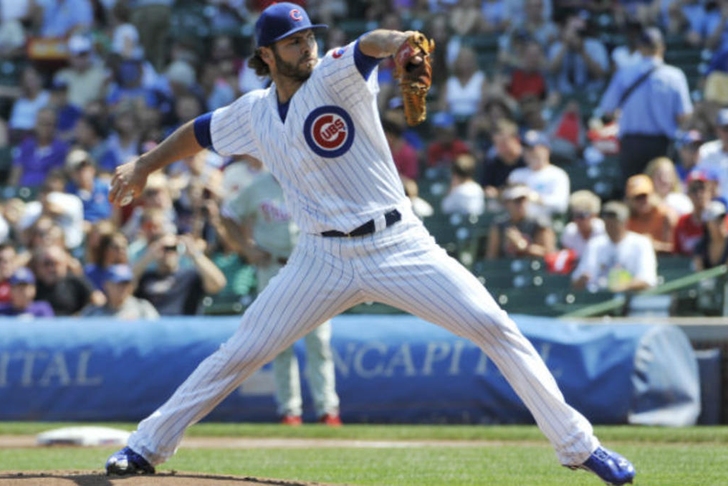 In just their second visit to Fenway Park since the fabled 1918 World Series, the Chicago Cubs do battle with the Boston Red Sox in a three-game series beginning on Monday.

After a series victory at Yankee Stadium, the Red Sox look to bring the momentum of this past weekend back to Boston for what could be a pivotal ten-game homestand for the defending World Series champions' playoff chances.

Chicago is one game over .500 (14-13) this month, proving to be a thorn in the side of a host of playoff contenders during their best stretch of baseball this year.

As the Cubs ready to be major sellers before the July 31st trade deadline, Epstein sees no possible alternative under the Cubs' current constraints.

“We had no choice here,” Epstein said, via Patrick Mooney of CSN Chicago. “Even looking back, I don’t see any alternative. Given the realities of the talent situation and the financial situation, there’s no alternative.”

However, Epstein is remaining optimistic as the farm system continues to build one of the most impressive caches of talent in all of the minor leagues.

"We have two of the most valuable commodities in baseball — lots of good young players and available resources," Epstein stated. "So I think we’re getting close to a time where we can say: ‘Yeah, you know, it was worth it. Now, let’s go dominate.

According to ESPN's Buster Olney, "the Red Sox have re-engaged [starting pitcher Jon] Lester's representation in recent hours, according to sources, following up on talks that stalled in April, when Boston offered Lester $70 million over four years."

Lester can become a free agent after this season, and with a 2.92 ERA in 17 starts and 115 Ks in just 114 innings pitched, the price tag may have gone up considerably on the young ace.

Look for Lester to command upwards of $20-25 million for 5-7 years - a price range and length which could halt talks if the Red Sox are adamant about remaining somewhat close to their original offer sheet.

Arrieta flirted with perfection in his last outing, setting down the first 18 Cincinnati Reds batters he faced and striking out nine en route to a 7-3 victory this past Tuesday.

Nothing as been perfect since May 1st for Peavy, who has seen his ERA balloon from 2.87 on that date to 4.93 going into Monday's action. Peavy has lost his last six decisions during that span.

What They're Saying About the Cubs: