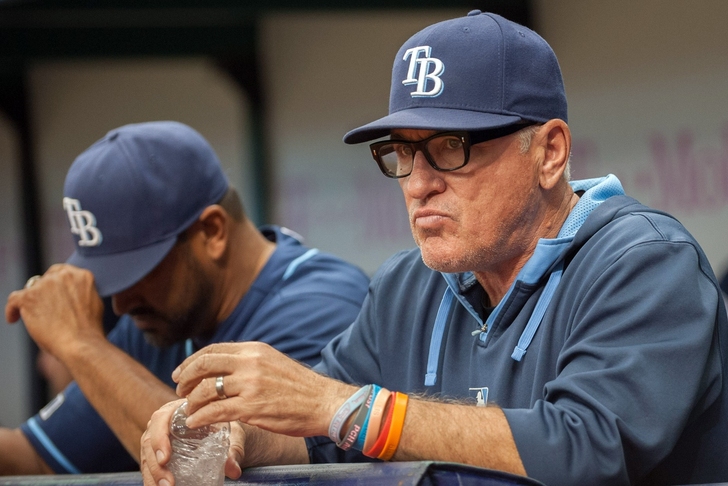 In a statement released by Cubs, president Theo Epstein said Renteria deserved to remain as the manager of the team, but with Maddon unexpectedly becoming available, he was too good to pass up.

Report: Joe Maddon will be the Cubs' new manager

"Maddon -- who may be as well suited as anyone in the industry to manage the challenges that lie ahead of us -- had become a free agent," Epstein said in the statement. "We saw it as a unique opportunity and faced a clear dilemma: be loyal to Rick or be loyal to the organization. In this business of trying to win a world championship for the first time in 107 years, the organization has priority over any one individual. We decided to pursue Joe."

Maddon opted out of his contract with the Tampa Bay Rays after Andrew Friedman left the Rays' front office to take over the Los Angeles Dodgers.

Chicago has had five consecutive losing seasons and hasn't won a playoff game since 2003. Maddon had a 754-705 record during his nine seasons with the Rays, leading the club to four playoff appearances, two AL East titles, and one World Series appearance.

The Cubs have not won the World Series since 1908.