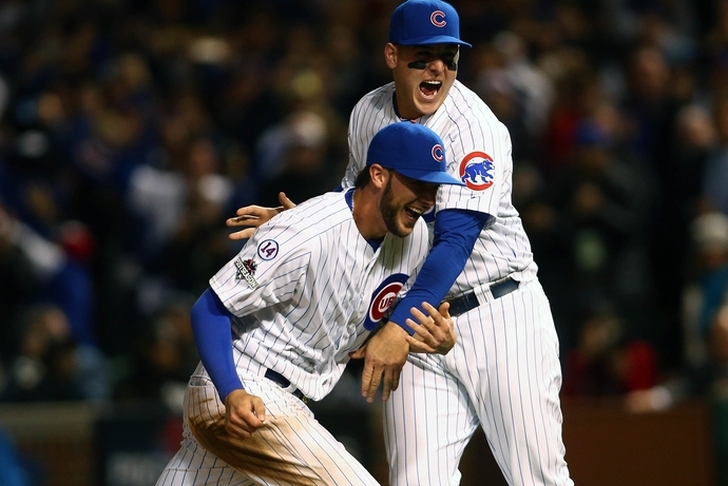 The Chicago Cubs shocked a lot of people by making it all the way to the NLCS last season with a boatload of talented young players, and after signing several top veteran free agents, they've emerged as the betting favorite to win the World Series in 2016.

Now, we understand Cubs fans can be a little hesitant at that notion, but there is legitimate reason to think - to believe - that this team can finally put 1908 in the past and win a championship. Here are three reasons why the Cubs will win the World Series this year:

3) Dominant pitching staff
Jake Arrieta won the NL Cy Young Award last year, and there's no reason to think that he's going to slow down anytime soon. Jon Lester really came on during the second half of last season, and the addition of John Lackey gives Chicago three legitimate starters that are capable of throwing a no-hitter every time they toe the rubber. The New York Mets' rotation gets all the publicity, but Chicago's is every bit as good.

2) Talent with experience
Some experts blamed the Cubs' NLCS exit on their youth and lack of experience, but that isn't the case anymore. Not only do Anthony Rizzo, Kris Bryant, Addison Russell, Dexter Fowler, and Kyle Schwarber now have playoff experience, but the additions of veterans Jason Heyward and Ben Zobrist only add to that department. These guys not only know what to expect on the big stage, but they know how to get there.

1) BELIEF!
1908 is no longer just a dreaded number in Chicago - it has become a rallying cry. Thoughts of "What will go wrong?" have turned into "It's gonna happen!" Sure, the Billy Goat and Steve Bartman are still vivid in the minds of all Cubs fans, but they're now symbols of what this franchise will overcome, instead of what is holding them back.

Manager Joe Maddon has turned the attitude of an entire city around, and you can see that optimism on the field. No deficit is too big for this team. It's time to end the streak, and everyone can feel it.