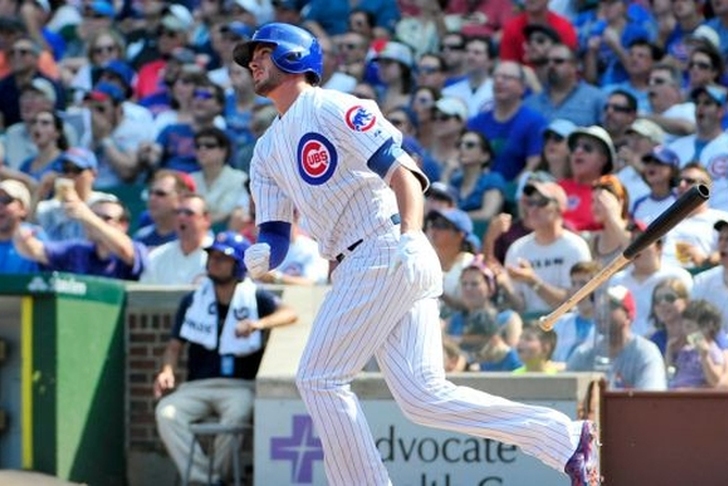 The Chicago Cubs haven't won a World Series since 1908, but that might change this season. The Cubs are playing great baseball as they are just seven games back of the NL Central-leading Cardinals and have a 9.5 game lead for the last wild card spot, meaning they should have little trouble reaching the postseason.

However, the Cubs don't want to settle for just a berth - they want to take home the title. Here are three reasons why the Chicago Cubs can win the World Series this year.

1) Talent At The Corners

Anthony Rizzo is one of the better first baseman in the MLB, but he's not even the best player in the Cubs' infield. That honor belongs to Kris Bryant. He's barely hitting .270, but has 28 homers and 98 RBIs despite not starting the season in the majors. He's shown a knack for clutch hitting so far. Bryant is only going to get better as the season goes on.

Jon Lester didn't have the greatest start to his season, but he's still Jon Lester. Jake Arrieta has actually been the Cubs' best starter, posting a 1.88 ERA with a WHIP under 1. That's a strong 1-2 punch for the postseason. The third starter, Jason Hammel, has been solid as well, posting 3.79 ERA and a 1.15 WHIP. Those three are enough starting pitching to get the Cubs to the postseason and beyond.

Having one of the best managers in the game makes things easier and that's what the Cubs have. Maddon has gotten the most out of the Cubs this season and his postseason experience will be invaluable, especially for a young team.