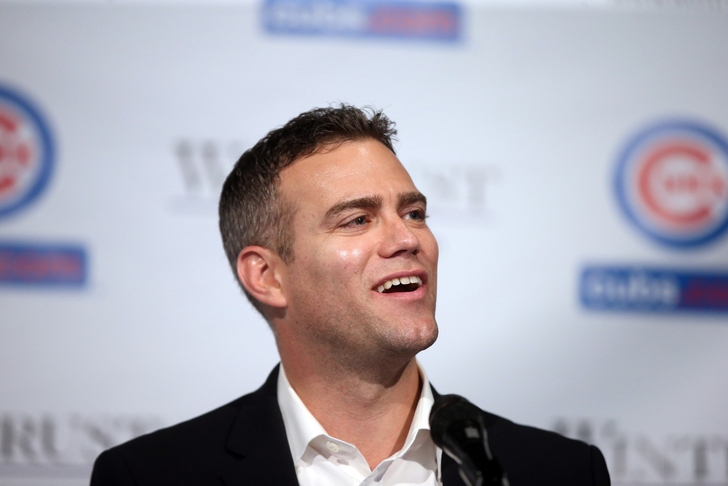 The Chicago Cubs have been competing for a playoff berth all season, but are still looking for that missing piece at the trade deadline to help them make the postseason. Here are three rumors you need to know:

The Cubs have already had talks with several teams about acquiring a starting pitcher, though they would also like to add a left-handed hitting outfielder as well, according to FOX Sports’ Jon Paul Morosi.

Jake Arrieta, Jason Hammel, Jon Lester, and Kyle Hendricks have secured their spots as Chicago’s top four starters, but the fifth spot has been a problem area.

Chicago could target a big name on the pitching market, and would prefer to acquire a pitcher under contract beyond this season rather than a rental.

Chicago has "financial resources" for trades

Cubs president of business operations Crane Kenney said that the organization has the financial ability to add to the roster at the trade deadline, according to David Kaplan of CSN Chicago.

“There are financial resources if [president of baseball operations] Theo [Epstein] needs money to make a deal,” said Kenney. “No one I trust more to figure out what to do [than] Theo and [GM] Jed [Hoyer].”

The Cubs have acquired lefty Clayton Richard from the Pirates in exchange for cash considerations, acording to Bruce Miles of the Daily Herald.

Richard was a productive starter for the Padres before shoulder issues have derailed his career. He recorded 200+ innings with a sub-4.00 ERA in both 2010 and 2012. He last appeared in the big leagues in 2013.