Zach LaVine dishes out some trust, as the Bulls win three straight 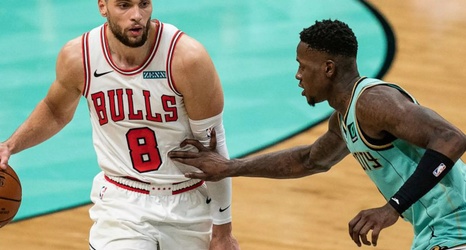 Messages aren’t necessarily being sent in Game No. 15 of an NBA regular season.

But better believe that confidence is being gained.

That was the case on Friday, when the Bulls took on a Charlotte team considered to be in their same zip code in the league’s hierarchy, and pulled away late for the easy 123-110 win.

“That’s always been the case,’’ veteran Thad Young said of beating a “like team.’’ “Beat the teams that we think we’re supposed to beat and then go out there and beat the teams that everybody thinks we shouldn’t beat.