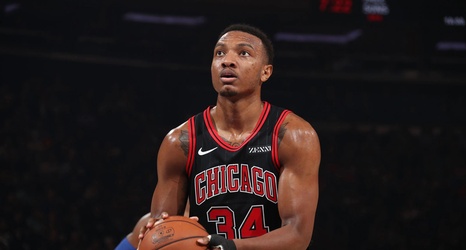 With 30 games this season, Wendell Carter Jr. still hasn't played 82 games in his NBA career. Yet the brawny 6-9 center is brimming with offensive potential and closing in on his personal goal of averaging a double/double this season.

There was so much to celebrate and marvel about in Wednesday's Bulls overtime seismic victory against the Washington Wizards that perhaps the most significant milestone was overlooked. Wendell Carter Jr. made his first game-winning shot since high school.

"After the game I was just happy we were able to come back and get a victory," Carter was saying following Bulls practice Friday in Washington.