Wendell Carter Jr. is showing significant signs of growth in his second season, both on and off the court 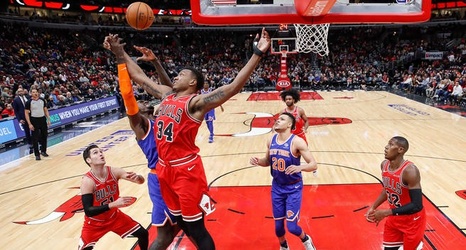 When the Bulls selected Wendell Carter Jr. with the seventh overall pick in the 2018 draft, John Paxson and Gar Forman talked about his rare intelligence, mental toughness and maturity for a 19-year-old prospect.

We saw signs of Carter Jr.’s leadership ability during his 44-game rookie campaign. He took the losses as hard as anyone in the locker room and spoke candidly about the need to change the mindset and focus of everyone on the roster. Carter’s first season ended early because of a broken thumb, but his emergence as a strong voice among the players was only beginning.