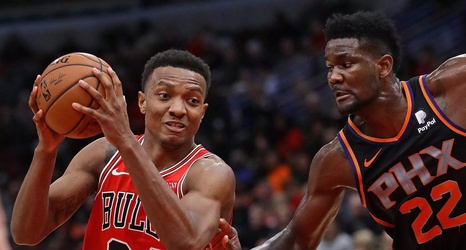 Wendell Carter Jr. watched as his fellow first- and second-year players ran up and down the United Center court for the Rising Stars game Friday. He wanted to join them but couldn’t due to a high ankle sprain he suffered Jan. 6 in the Bulls’ loss to the Mavericks.

“I want to be on that big stage in front of everybody,” Carter said Tuesday. “That’s something that I’m definitely looking forward to accomplishing in my career.”

But for now, the primary goal for Carter and several other Bulls players is to get healthy.