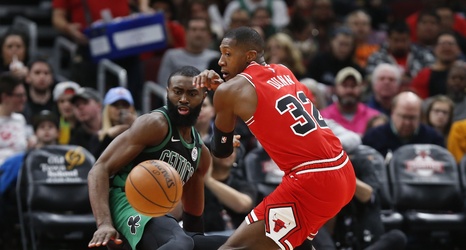 Here’s a look at how the Chicago Bulls fell short to the Boston Celtics and extended their losing streak to three games.

It was Pride Night at the United Center, and the atmosphere was lit with pride literally from the nosebleed section and the press box to half court. For one thing, Chicago Mayor Lori Lightfoot made it a point to make an appearance at the game. She was seen standing on the court moments before tip-off.

The court side theatrics, as fun and as empowering as they may seem, did not move the needle in terms of giving the Bulls the edge needed to win the game as it got underway.