The Chicago Bulls still control their own destiny…sort of 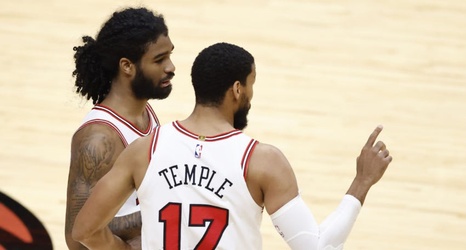 The Chicago Bulls have now won three games in a row, their fourth such streak this season, following their 108-96 handling of the Detroit Pistons. And while they still need at least one team (looking at you, Pacers) to falter to get into the play-in tournament, they do still control their own destiny…sort of.

You might be wondering just how is it a team that needs help reaching the play-in tournament can be in control of anything. Well, Garrett Temple just gave you the answer.