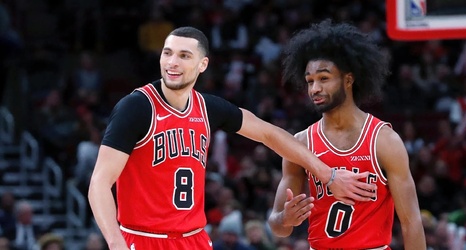 Labeling it a “Big Three’’ is a bit much.

Actually it’s way too much.

Even Zach LaVine wasn’t going to call what he, Nikola Vucevic and Coby White have done the last three games as the product of a “Big Three.’’

The Bulls guard is more into calling it “a pick your poison.’’

Whatever the label, it’s what the Bulls will have to lean on the final four games, as they try and pull off a late-season miracle and overtake Indiana or Washington for a final play-in spot in the Eastern Conference.

“They’re just going to have to pick their poison,’’ LaVine said, pointing out the latest example of how the trio went to work in the one-sided win in Detroit on Sunday night.