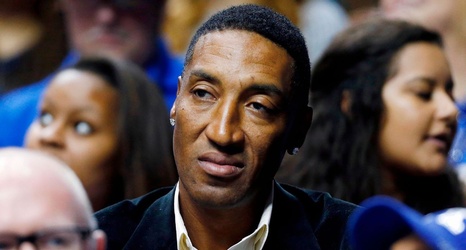 Pippen shared the news in an Instagram post accompanied by a several photos of the two from over the years.

"The two of us shared a love for basketball and we had countless conversations about the game," Pippen wrote. "Antron suffered from chronic asthma and if he hadn't had it, I truly believe he would've made it to the NBA. He never let that get him down, though -- Antron stayed positive and worked hard, and I am so proud of the man that he became.