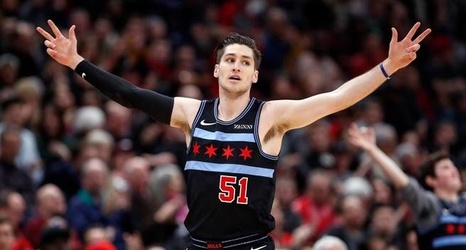 This was clearly a special occasion for Arch, who said he's spent his time in self-quarantine binging Nova highlights.

He provided cheeky commentary throughout the game and, of course, was never afraid to laugh at himself.

A fun back-and-forth broke out between Arcidiacono and his old Villanova teammate Josh Hart, who repeatedly chided Arch for two ill-timed turnovers in the game's final five miuntes:

Arcidiacono exacted some modicum of vengeance, though:

The end of this one, you may remember, was about as wild as any NCAA final in recent memory.