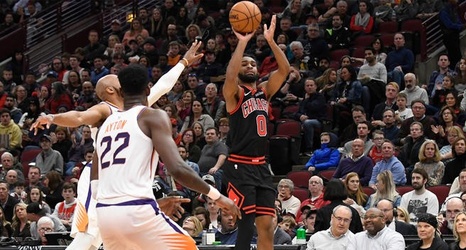 Cameron Johnson had just been selected by the Phoenix Suns with the No. 11 overall pick in the 2019 NBA draft. At the time, the move was a surprise — Johnson was projected to fall into the middle to late first round, despite averaging 16.9 points and shooting 45.7% from 3 in his last year at North Carolina.

So, elation was a natural response for all close to Johnson. And nobody displayed that elation more authentically — nor more publicly — than Johnson’s teammate, roommate and ‘little brother’ Coby White (who had been picked by the Bulls just four slots earlier).