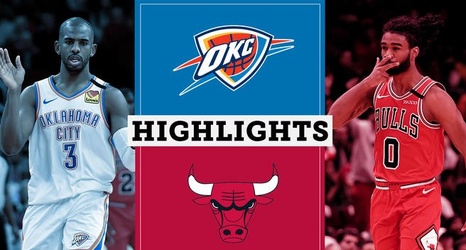 In the final moments of a hard-fought 124-122 loss to the Oklahoma City Thunder Tuesday night, Zach LaVine was caught on camera saying something to the effect of, "I've got 40 [expletive] points."

LaVine has been broadcast multiple times this season appearing to exhibit expasperation over late-game timeouts called by Jim Boylen, so some segments of NBA Twitter took this as another show of frustration towards the Bulls' head coach. But it seems that's not the case.

According to reporting by Eric Woodyard of ESPN, LaVine was merely jawing back and forth with Thunder guard Dennis Schröder.