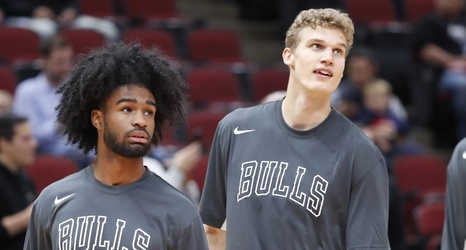 The minutes haven’t necessarily changed that much for Coby White and Lauri Markkanen since the Bulls gave the roster a facelift at the trade deadline.

White’s near the 27 minutes per game he was getting since he lost his starting job to Tomas Satoransky, while Markkanen has lost about four minutes per game with his new role off the bench and the additions of Nikola Vucevic and Daniel Theis into the frontcourt.

The expectations hovering over White and Markkanen these days, however?

It isn’t often that two No. 7 overall picks go from future foundation pieces to role players in just one season, but that’s where Markkanen and White now find themselves — like it or not.