NBA Rumors: Teams have reportedly called Bulls about Zach LaVine, to no avail 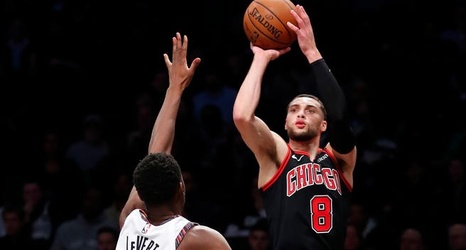 Across the NBA and its content spheres, trade deadline week is fully underway.

And while the Bulls aren't necessarily in position to make any monumental moves, Zach Lowe did broach the topic of Zach LaVine's potential availability with Brian Windhorst on the latest Lowe Post podcast, which aired Monday morning. Windhorst said he hasn't heard LaVine's name brought up in league circles, adding that of anyone on the Bulls, Denzel Valentine is the most likely to be moved.

Lowe then responded with a string of insights that should be affirming for Bulls fans anxious to see LaVine flourish in Chicago:

I know teams have called the Bulls about Zach LaVine — recently.