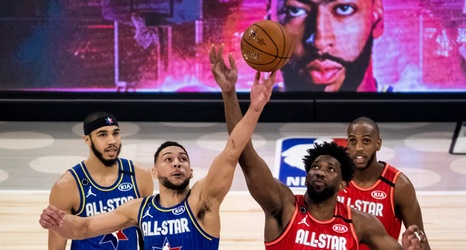 Boosted by a new format and pregame coverage including emotional tributes to Kobe Bryant, the 2020 NBA All-Star Game saw an 8% increase in TV ratings compared to a year ago, TNT announced Monday.

The 69th edition of the NBA All-Star Game averaged 7.3 million viewers across TNT and a simulcast on TBS, including a peak average of 8 million viewers during the commercial-free fourth quarter at the United Center, according to Nielsen Media Research data.

Team LeBron squeezed out a thrilling 157-155 win over Team Giannis in the game, which hit a high gear in the fourth quarter as part of a new format that put an emphasis on an exciting finish.