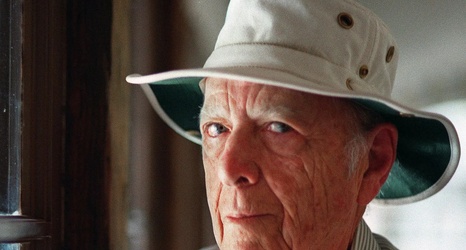 NEW YORK — Herman Wouk, the versatile, Pulitzer Prize-winning author of such million-selling novels as “The Caine Mutiny” and “The Winds of War” whose steady Jewish faith inspired his stories of religious values and secular success, died on Friday at 103.

Wouk was just 10 days shy of his 104th birthday and was working on a book until the end, said his literary agent Amy Rennert.

Rennert said Wouk died in his sleep at his home in Palm Springs, California, where he settled after spending many years in Washington, D.C.

Among the last of the major writers to emerge after World War II and first to bring Jewish stories to a general audience, he had a long, unpredictable career that included gag writing for radio star Fred Allen, historical fiction and a musical co-written with Jimmy Buffett.