Guard Zach LaVine wakes up for the Bulls, but not just with his scoring 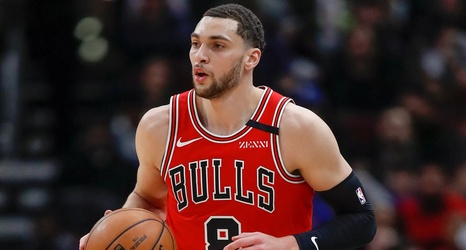 The explosion was bound to happen.

After all, Bulls guard Zach LaVine lies dormant for only so long.

On a night in which the visiting Mavericks were without All-Star guard Luka Doncic, LaVine woke up.

He scored 21 points in the first quarter and 29 in the first half and finished with a season-high 39 as the Bulls won 118-108 for their first home victory of the season.

‘‘I would not consider Zach a young player,’’ Bulls coach Billy Donovan said. ‘‘But he’s had so many coaches, so many different teams, and maybe hasn’t been in a lot of meaningful games late in the season.