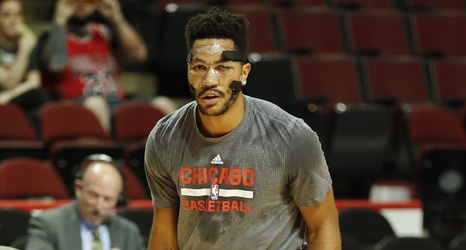 D. Rose scored eight points in 10 minutes in his preseason debut on Saturday.

It was only preseason. It was against what could be one of the worst defensive teams in the NBA this year. He only did it for 10 minutes. With those essential caveats out of the way, let's take a moment to acknowledge that Derrick Rose looked good as hell in the professional debut of his new haircut on Friday night, and that potentially changes everything for the Bulls.

Rose made his first four shots from the field, choosing to drive to the rim rather than settling for the pull-ups that so often sabotaged him last season.