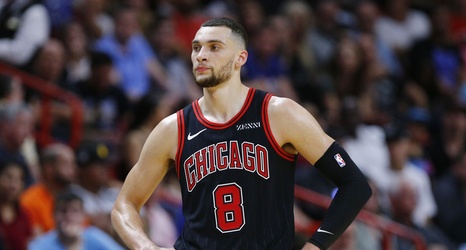 Two near wins for the Chicago Bulls in back-to-back games made it really difficult to swallow a final play by shooting guard Zach LaVine in a one-point loss at home to the Toronto Raptors on Dec. 9. The Bulls moved to a record of 8-17 on the season after that loss to the Raptors. They quickly squandered a nice two-game winning streak that happened last week.

LaVine had a teammate open down low on a drive he had in the dying seconds of the game. Instead of dishing the ball to an open Daniel Gafford for what could’ve only been a guaranteed game-winning basket, LaVine drove into a double-team and missed the game-winning shot over Marc Gasol of the Raptors.