Chicago Bulls: What money does Theis deserve on his next contract? 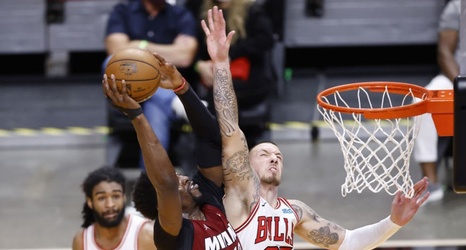 One of the more exciting additions that the Chicago Bulls front office made at the trade deadline that was a solid two-way force for the team down low was center Daniel Theis. Executive VP of basketball operations Arturas Karnisovas and general manager Marc Eversley landed Theis in a big deadline day deal back on March 25 that also landed them the former Radford 27-year-old defensive standout shooting guard Javonte Green.

The Bulls had a plethora of roster movement at the trade deadline, but landing Theis and star center Nikola Vucevic were the most impactful deals.