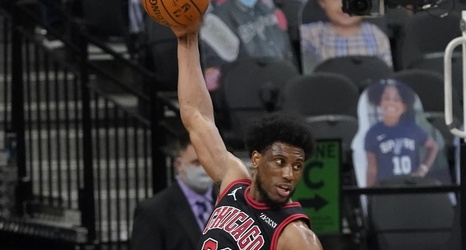 Okay, so the first game of the Nikola Vucevic era of Chicago Bulls basketball didn’t go as planned.

Hopefully though, five years from now when the Bulls have won a championship we can look back at this 120-104 loss to the San Antonio Spurs and laugh.

For now though, let’s run through the caveats.

Presumably, the new guys had very little prep time to get on the same page as the current guys on the roster. Head coach Billy Donovan tried several lineup variations that failed (most notably Lauri Markkanen and Nikola Vucevic starting together) and that he hopefully won’t try to use again.