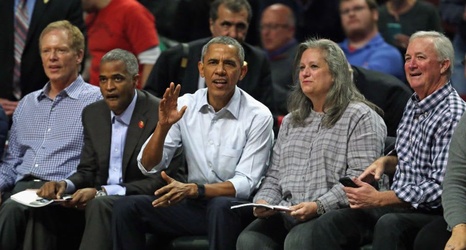 Former US president and noted Chicago Bulls fan Barack Obama had a slight jab at a local politician about a former rivalry with the Pistons this week.

Back in the dynasty years of the Chicago Bulls, the fan base was proud to rep the team. That’s harder to say now that the Bulls are one of the big market teams in the Eastern Conference that are notoriously dysfunctional (more up the line of the New York Knicks).

But the recent premier of the hit 10-part ABC/ESPN/Netflix documentary series spotlighting all-time great shooting guard Michael Jordan and the 1997-98 Bulls title-winning team “The Last Dance” brought a lot of positive memories back for this fan base.